Was a CPA an Expert or a Lay Witness in a Lawsuit? 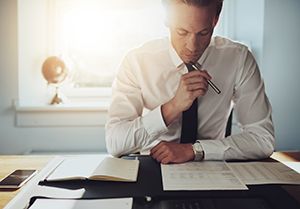 In a recent case concerning a hospital’s business income loss, a plaintiff insurance company sought leave to disclose a CPA as a witness to present evidence under Federal Rules of Evidence 702, 703, or 705, and at the same time to allow disclosure of his report. Defendant Hospital, Plaintiff’s insured, opposed the motion.

Plaintiff was trying to recover indemnity payments it made to the Hospital on the theory that Defendant was responsible for the property damage the Hospital suffered.

After the Financial Analyst‘s deposition, Plaintiff’s counsel confirmed that the CPA had used her data to calculate the business loss shown on his schedules. Counsel then notified Defense counsel that the insurance company might call the CPA as a witness at trial and offered to make him available for deposition. Defendant objected, arguing that the CPA was an expert witness, and the documents he submitted didn’t satisfy the expert witness disclosures. There was no indication counsel ever discussed whether the CPA‘s obligations as an alleged expert witness would fall under Rule 26(a)(2)(B) or 26(a)(2)(C).

In an effort to make certain that the CPA could provide trial testimony, Plaintiff filed its motion.

Defendant’s initial position was that the CPA was an undesignated expert for whom Plaintiff made no disclosures. Yet in its response to Plaintiff’s motion, Defendant claimed that the CPA‘s calculations “should not be the subject of expert testimony” and he is “just a fact witness.” Later, Defendant appeared to have no objection to Plaintiff identifying the CPA as an expert witness and considering the schedules Plaintiff produced in its Rule 26 initial disclosures to be his “report.”

The judge explained that by inserting the specter of an expert witness, the parties lost sight of the fundamental issue: neither side has addressed the testimony the CPA might offer, i.e. whether his testimony would be admissible under Federal Rule of Evidence 701 or 702.

At this point, Judge James opined that it appeared the CPA would testify how he used the Hospital’s figures to calculate its business loss. The judge held that such testimony would likely be lay testimony. If, however, the CPA would offer testimony that constituted “scientific, technical, or other specialized knowledge,” he would have to be qualified to offer expert testimony. And “[c]ertainly it is possible for the same witness to provide both lay and expert testimony in a single case,” according to Rule 701’s advisory committee’s note to the 2000 amendment.

In the context of the standards governing Rules 701 and 702, Judge James said that she wasn’t persuaded that the CPA would offer opinions that relied on scientific or other specialized expertise. As a result, Plaintiff would have no need for an extension of time to designate him as such. But the more fundamental issue, she said, was that Plaintiff produced the Defendant’s income loss schedules as part of its initial disclosures. Although the copies apparently were redacted in part with unredacted versions produced a few months later, both versions of every schedule clearly displayed the notation that it was prepared by the CPA.

Judge James found that Plaintiff made no attempt to hide the CPA. And while the judge understood that Defendant expected to learn more information from the Financial Analyst about the business loss figures shown on those schedules, it wasn’t Plaintiff’s fault that Defendant didn’t seek discovery from the person who prepared the documents.

Defendant’s brief also showed that its fundamental objection was to the adequacy of Plaintiff’s proof of damages, specifically with respect to business income losses. However, that issue was beyond the scope of the motion and its resolution wasn’t informed by whether the CPA might offer lay or expert testimony.

After reviewing the parties’ submissions and in light of the applicable legal standards, Judge James found the motion should be denied for the reason that Plaintiff need not produce a Rule 26(a)(2)(B) report or a disclosure pursuant to Rule 26(a)(2)(C) as a prerequisite for the CPA‘s testimony. However, for good cause shown and in fairness to both parties, Judge James ordered Plaintiff to make the CPA available for deposition. Plaintiff’s Motion to Modify the Scheduling Order to Disclose Expert Witnesses Out of Time was denied.