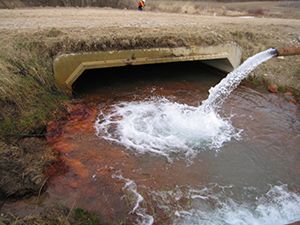 FPL has violated this effluent limitation repeatedly since at least June 2015, and continues to violate this limitation, by discharging wastewater from the cooling canal system containing pollutants (phosphorus, ammonia, TKN, total nitrogen, radioactive tritium) into Biscayne Bay through a direct hydrological connection between the groundwater impacted by the cooling canal system and Biscayne Bay. These violations have been documented based on the detection of the pollutants in monitoring by FPL and the Miami-Dade Division of Environmental Resources Management (“DERM”) since 2010…

The plaintiff’s environmental engineering expert witness asserts that the data shows FPL should have known about the salinity intrusion from the canals by at least 1992. He also opined that the cleanup project in progress will not eliminate the underground saltwater plume that extends five miles west of the power plant. While FPL officials have argued that the saltwater is not impacting drinking water, plaintiffs allege that billions of gallons of contaminated hypersaline water have traveled from the unlined cooling canals to the Biscayne Aquifer.