When Can an Attorney Serve as an Expert Witness? 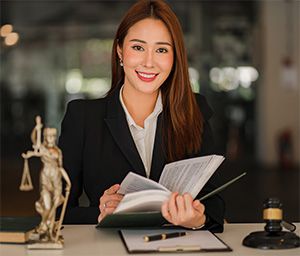 A recent Texas case concerned the removal of a monument to a Confederate soldier from a San Antonio public park.

The plaintiffs were a local San Antonio Chapter of the United Daughters of the Confederacy. They sued the City of San Antonio, the Mayor, and the individual City Council members who voted for the removal of the monument pursuant to 42 U.S.C. § 1983 for violations of the First, Fifth, and Fourteenth Amendments and asserted a state law claim of conversion.

Plaintiffs sought the return of the monument and damages.

Plaintiffs asked the Court to strike the testimony of an expert designated by the City of San Antonio.

The expert was a partner in a local law firm, where he was the attorney in charge of the firm's municipal law practice. He had 17 years of experience in municipal law and as a city attorney advising cities on regulatory, due process, first amendment, and government functions issues.

The expert’s report contained these opinions:

A city council doesn’t have the power to legally bind the decisions of future city councils Ordinances adopted by one city council may be amended by a subsequent city council Plaintiffs' due process rights were satisfied by the council's process concerning the monument’s removal A City's placement and maintenance of a monument in a public park is government speech not subject to restrictions of the Free Speech Clause, despite the monument being donated by a private entity The decision of if and where to display monuments in a public park is a governmental function that falls under the maintenance and operations of public parks.

Plaintiffs argued that the expert shouldn’t be allowed to testify as an expert because his opinions were inadmissible legal opinions on ultimate legal issues in this case.

In response, the City agreed with Plaintiffs that the expert shouldn’t be permitted to testify as to the legal ability of one city council to bind its successors, the legal standard for reviewing governmental decisions about government speech and public displays, and whether municipal monumental displays are governmental or proprietary.

The City conceded that these opinions were conclusions of law. However, the City argued that the expert should be permitted to testify as to one matter—that Plaintiffs received adequate due process preceding the removal of the monument.

The City argued that this testimony relates to a fact question—not a legal issue.

U.S. Magistrate Judge Elizabeth S. ("Betsy") Chestney noted that in Daubert, the Supreme Court held that trial judges must ensure that any and all scientific testimony or evidence admitted is not only relevant, but reliable.

Citing Joiner, the judge wrote that a district court enjoys broad discretion in determining the admissibility of expert testimony, and such decisions will not be disturbed on appeal unless a ruling is "manifestly erroneous."

Plaintiffs alleged that Defendants deprived them of their property without procedural due process in violation of the Fifth and Fourteenth Amendments, pursuant to 42 U.S.C. § 1983. Plaintiffs claimed that the City omitted its normal processes and refused to include Plaintiffs in discussions about the monument before its removal.

The expert’s report indicated that if he testified, his testimony on the issue would state that he believed Plaintiffs' due process rights were satisfied.

But Judge Chestney found that the expert’s opinions wouldn’t help the trier of fact understand the evidence in this case or determine a fact issue, and they improperly invaded the province of the judge and jury.

Judge Chestney wouldn’t permit the expert to testify as a legal expert as to “the contours of federal law on procedural due process” or as to what standards should apply here.

Second, the majority of opinions in the due process expert's report were simply not helpful to the jury, the judge held, because they merely restated facts that any layperson would be able to easily comprehend without the assistance of an expert.

There is no more certain test for determining when experts may be used than the common sense inquiry whether the untrained layman would be qualified to determine intelligently and to the best possible degree the particular issue without enlightenment from those having a specialized understanding of the subject involved in the dispute.

The expert's opinions could be distilled to the fact that the City had two meetings, of which Plaintiffs were given notice and chose to attend, and at which Plaintiffs were both given the opportunity to be heard and expressed their opinions. These facts would undoubtedly be placed into evidence by lay witnesses.

No legal expert was required to communicate them to or illuminate them for the jury, the judge held.

Next, the expert's opinion was likely to confuse the jury, as he didn’t disclose in his opinion that the posture of that case was on a motion for a preliminary injunction where the Court wasn’t addressing the ultimate merits of the case—merely whether Plaintiffs had demonstrated a likelihood of success on the merits of their procedural due process claim for purposes of their motion for preliminary relief.

Finally, Judge Chestney wouldn’t permit the expert to opine on the ultimate issue in this case that Plaintiffs' procedural due process rights were satisfied by the process the City Council afforded them.

She explained that while expert testimony isn’t objectionable solely because "it embraces an ultimate issue to be decided by the trier of fact," experts are not permitted to render conclusions of law.

Where a witness's testimony expresses an ultimate view on whether the underlying conduct in a case violated the Constitution, the opinion is no longer only a fact-based opinion but a statement of legal conclusion, the judge said.

Although “merely being a lawyer does not disqualify one as an expert witness,” a lawyer may only testify as an expert where the proposed testimony involves questions of fact.

Here, the due process expert's proposed testimony wouldn’t assist the trier of fact on the questions of fact, and his testimony on the ultimate question of a due process violation was an impermissible legal conclusion.