When is an Expert’s Opinion a “Net Opinion” and Inadmissible? 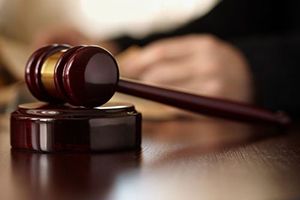 Federal District Court in New Jersey addressed the question on “net opinion” in a premise liability case against a retail establishment.

Plaintiff fell outside of Defendant’s store and contended that there was “concrete broken out” at the corner of the building in the exit way, which was the direct cause of his injury. Plaintiff claimed that he suffered serious physical and personal injuries resulting in medical expenses, pain, suffering, inconvenience, lost wages, and other economic losses.

The Defendant Corporation filed a motion for summary judgment and to bar Plaintiff's premise liability expert’s opinion. The court in this matter decided this issue pursuant to Federal Rule of Civil Procedure 78.

In federal court, the admissibility of an expert witness testimony is governed by Federal Rule of Evidence 702, and the cases under Daubert.

As a result, courts in this district have routinely observed that the “net opinion rule” is “neither an evidentiary rule under the Federal Rules of Evidence nor a factor in the Daubert analysis. It is merely a restatement of the ‘well-settled principle that an expert's bare conclusions are not admissible under the fit requirement of Rule 702.’”

Nonetheless, Defendant argued Plaintiff's expert report was an inadmissible net opinion and failed to satisfy the requirements of Evidence Rule 702.

Defendant argued that the expert report was a “blatant net opinion,” holding that the facts relied upon by Plaintiff's expert was in direct conflict with Plaintiff's version of how his fall occurred.

The judge found the Defendant’s argument to be a complete mischaracterization. Review of the expert report made it clear to the judge that the expert expressly took into account Plaintiff's description of the fall at least five times in developing his expert opinion.

Circumstantial evidence, defined as “a preponderance of probabilities according to the common experience of mankind” may also serve as the basis for conclusions as to causation.

In other words, causation may rest upon a “legitimate inference, so long as the proof will justify a…logical inference as distinguished from mere speculation.”

The judge held that the expert’s conclusions in his report rested upon logical inferences gleaned from expert's review of the Guest Incident Report from Defendant’s store, an interview with Plaintiff, an inspection and examination of the premises and Plaintiff's clothing at the time of the incident, the relevant building and safety codes, and safety publications.

In light of this, the expert report clearly constituted more than a mere net opinion.

The judge held that it couldn’t be excluded on the basis that it was unsupported by factual evidence.

The expert report was consistent with the information in the Guest Incident Report.

Therefore, the judge ruled that Defendant wasn’t entitled to summary judgment on that basis. There was nothing in the judge’s opinion that precluded Defendant raising any factual inconsistencies in cross-examining Plaintiff's expert, other witness, or the Plaintiff himself.