Why Was a Sleep Deprivation Expert Used in a Murder Trial? 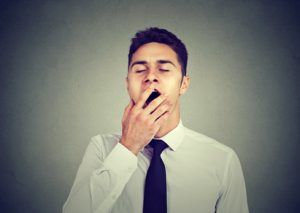 The Iowa attorneys representing a man accused of murder are requesting the court to allow the testimony of a sleep deprivation expert during the trial.

Prosecutors trying the case against the man who allegedly killed Mollie Tibbetts filed a motion in district court stating that the State didn’t oppose the request for a sleep deprivation expert witness.

Twenty-five-year-old Cristhian Bahena Rivera is charged with first-degree murder in the death of Tibbetts, who disappeared July 18, 2018, from Brooklyn, Iowa. The 20-year-old college student disappeared after going for a run. Her body was found four weeks later on August 21st in a rural Poweshiek County cornfield. Investigators said she was stabbed to death.

During an interview while in custody, Rivera admitted to killing Tibbetts. Police investigators say he led them to Tibbetts’ body.

“Defendant has raised the issue of voluntariness of his statement to law enforcement as well as whether any waiver of purported advisement of Miranda rights was knowing and voluntary,” Rivera’s attorneys wrote in the motion.

Sleep deprivation expert witnesses are typically retained to analyze the contents of written, video, and audio recording of witnesses; victim interviews; suspect audio and video interrogations and written transcripts that were conducted by law enforcement agencies.

The defense motion asks for the approval of Dr. Kimberly Fenn as an expert witness. Fenn, an associate professor of psychology at Michigan State University, is an expert in the area of sleep deprivation and its effects on the actions and statements of the sleep-deprived. She also is the Principal Investigator at MSU’s Sleep and Learning Lab. One of her research interests is the effect of sleep and sleep deprivation on learning and memory.

In their motion, the Freses explained that Brian Leslie, another expert previously retained in the case for Rivera’s defense, can testify about sleep deprivation and its role in interrogation techniques and whether the statements made by Rivera were voluntary. However, this sleep deprivation expert witness cannot opine on sleep deprivation’s effects on a person’s judgment, as Fenn could.

Leslie is primarily a coercive interrogation and interview techniques expert witness. He is the CEO of Criminal Case Consultants, Inc.

The Freses asked the court to pay the Michigan sleep deprivation expert a retainer of $2,500 and $300 an hour for her services.

Rivera was employed at a dairy farm a few miles from where Tibbetts disappeared. He is a Mexican national and is said to be in the country illegally.

Rivera’s legal counsel has contended since his arrest that some evidence in the case should be ruled inadmissible because their client’s Miranda rights were violated. Rivera’s Miranda rights, informing him that he could remain silent and that anything he said could and would be used against him, were appropriately read to him more than six hours later.

Rivera will now face trial on February 4, 2020, in Woodbury County in northwest Iowa. He is in the Poweshiek County jail in Montezuma, Iowa awaiting trial.

As reported on August 30, 2021, Rivera was handed mandatory first-degree murder sentence for life in prison without possibility of parole.