Non-Retained Expert Witness Disclosure: Is An Expert Report Required For A Treating Physician To Give A Testimony? 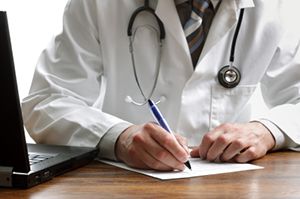 Rule 26(a)(2)(C) requires the disclosure of non-retained experts to state “the subject matter on which the witness is expected to present evidence under Federal Rule of Evidence 702, 703, or 705” and “a summary of the facts and opinions to which the expert is expected to testify.” The extent of this disclosure and the need for an expert report were the central issues of an opinion by a U.S. Magistrate Judge in his ruling on a motion to strike the plaintiffs’ expert designations.

A recent case in Kansas addressed the guidelines for non-retained expert disclosure based on Rule 26(a)(2)(B). Plaintiffs, a husband and wife, asserted claims against Defendant Collection Agency. The lawsuit stems from the collection agency’s attempts to collect an alleged debt and to enforce a security interest under the Kansas Consumer Protection Act (KCPA). Plaintiffs alleged that they are “disabled persons”. Under that Act, it entitles plaintiffs to enhanced penalties if they prevail. Plaintiffs alleged that wife was a disabled due to anxiety and that husband suffers from severe coronary artery disease.

Plaintiffs designated their expert witnesses, including two “non-retained” expert doctors, who were the couples treating physicians. The disclosures stated that they were to testify about their patients’ health conditions, which would ultimately support a finding that they were “disabled persons” under Kansas law. The physicians were anticipated to testify that their patients’ health conditions were aggravated as a proximate result of Defendant’s conduct.

The judge explained that Rule 26(a)(2) states that a witness “retained or specifically employed to provide expert testimony in the case or one whose duties as the party’s employee regularly involve giving expert testimony” must prepare an expert report. The judge also pointed out that Rule 26 was amended in 2010 to require a more limited disclosure regarding the testimony of “non-retained experts.” The disclosure set out in Rule 26(a)(2)(C) must state both the subject matter to be presented and a summary of the expert testimony’s facts and opinions. This was designed to resolve the frequent request of courts requiring a formal expert witness report from a witness who was typically exempt from that requirement.

Prior to the amendments, the Judge wrote that he himself considered the possibility that a treating physician might be subject to the Rule 26(a)(2)(B) formal expert report requirement—based on the scope of the treating physician’s testimony. The judge acknowledged he would see if the physician’s anticipated testimony included information and opinions developed and drawn during the patient’s treatment. The judge quoted Wreath v. United States (D.Kan. 1995), and wrote that to the extent that the treating physician testifies only on the care and treatment of his/her patient, the physician shouldn’t be considered a specially retained expert—notwithstanding that he or she may offer opinion testimony under Federal Rules of Evidence 702, 703, and 705. However, when the proposed opinion testimony extends beyond the facts made known to him during the course of treatment of the patient, and the witness is specifically retained to develop specific opinion testimony, he or she becomes subject to the provisions of Rule 26(a)(2)(B). The big issue is the scope of the proposed testimony. The judge conceded that he generally allowed “treating physicians to opine on causation without “a full-blown expert report” where the cause of injury was a necessary piece of a patient’s treatment.

The judge said he must then decide whether Plaintiffs’ disclosures complied with Rule 26(a)(2)(C), governing the disclosure of testimony from non-retained experts. There’s very little case law detailing what constitutes a sufficient disclosure under Rule 26(a)(2)(C), the judge admitted. At a minimum, he thought the disclosure should “obviate the danger of unfair surprise regarding the factual and opinion testimony of the non-retained expert.” It’s not enough, the judge wrote, to state that the witness will testify consistent with information contained the medical records or consistent with the testimony given during deposition. Rule 26(a)(2)(C) disclosures must instead contain “more than a passing reference to the general type of care a treating physician provided.” They must summarize actual and specific opinions, the judge wrote—the disclosing party should provide “a brief account that states the main points” of the entirety of the anticipated testimony, but not an outline of every fact to which the non-retained expert will testify. Such an imposition would make these disclosures more onerous than those of a formal expert report, which wasn’t the intent behind the 2010 amendments to the rule. Instead, the judge wrote, the court “must take care against requiring undue detail, keeping in mind that these witnesses have not been specially retained and may not be as responsive to counsel as those who have.”

Defendant made statements that Plaintiffs’ Rule 26(a)(2)(C) disclosures were insufficient because they only generally describe the subject matter of the anticipated testimony and didn’t summarize the proposed opinions or the facts. The judge explained that this assessment was only partially correct. The disclosures stated the treating physicians were expected to testify about Plaintiffs’ specific medical conditions and a potential finding that they were “disabled persons” under K.S.A. § 50–676(b). The disclosures went on to detail the kind of prescription medication Plaintiff wife used and the specific cardiovascular procedures Plaintiff husband underwent. The judge held that this was sufficient to put Defendants on notice regarding the anticipated testimony concerning Plaintiffs’ alleged disabilities under the KCPA. The disclosures fell short, however, concerning the anticipated testimony that Defendants’ conduct proximately caused Plaintiffs’ respective health conditions to worsen, lacking factual detail describing how this was the case. They needed to be more specific as to why the treating physicians believed that Defendants’ conduct caused their patients’ conditions to worsen and how their conditions worsened as a result of Defendants’ actions. The addition of this information would put defendants on notice regarding the basis for this line of anticipated testimony.

Because Plaintiffs’ disclosures failed to fully comply with Rule 26(a)(2)(C), the Judge said he had to consider whether to strike the disclosure under Rule 37(c): a party isn’t allowed to use that witness to supply evidence “unless the failure was substantially justified or is harmless.” While a court “need not make explicit findings concerning the existence of a substantial justification or the harmlessness of a failure to disclose,” The Judge noted that the court should be guided by the following factors:

The burden to show a substantial justification and lack of harm is on the party failing to make a proper disclosure. The Judge explained that the main goal of sanctions is to deter misconduct, and the court should bear in mind that excluding an expert’s testimony is a “drastic sanction.” The judge held that Plaintiffs’ disclosures put Defendant on notice generally that the treating physicians would be testifying that its conduct proximately caused the worsening of Plaintiffs’ medical conditions. Despite their lack of specificity, this line of anticipated testimony shouldn’t have surprised them. Any prejudice from the lack of specificity could be corrected by permitting Plaintiffs to supplement their disclosures.

The court held that providing additional time wouldn’t delay the proceedings—as a result, he denied the motion and ordered Plaintiffs to serve supplemental Rule 26(a)(2) disclosures that contain the information outlined by the judge.